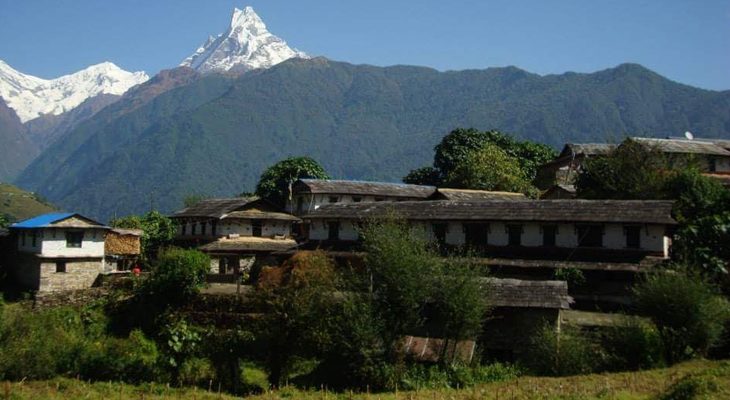 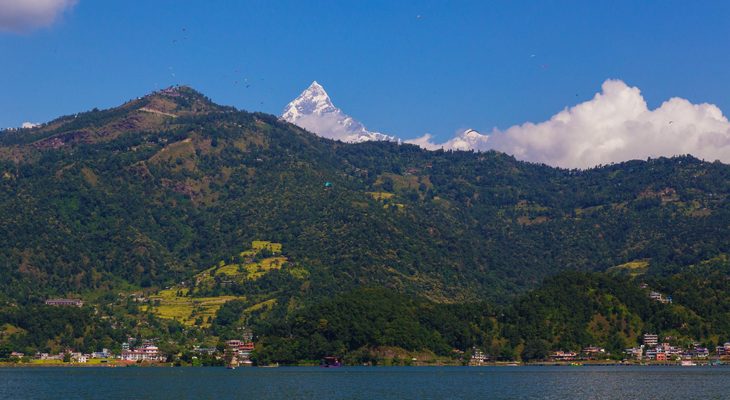 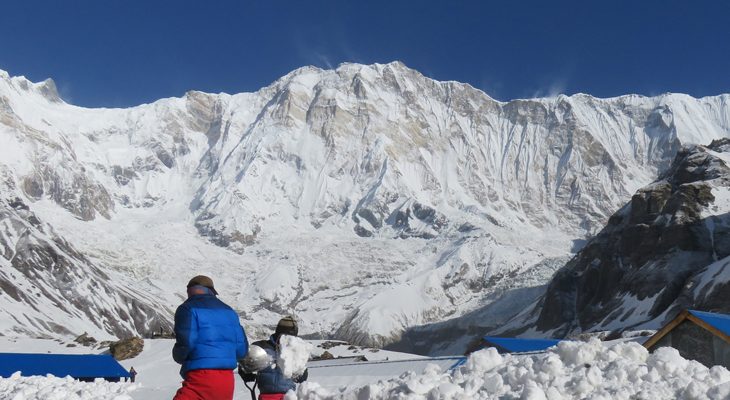 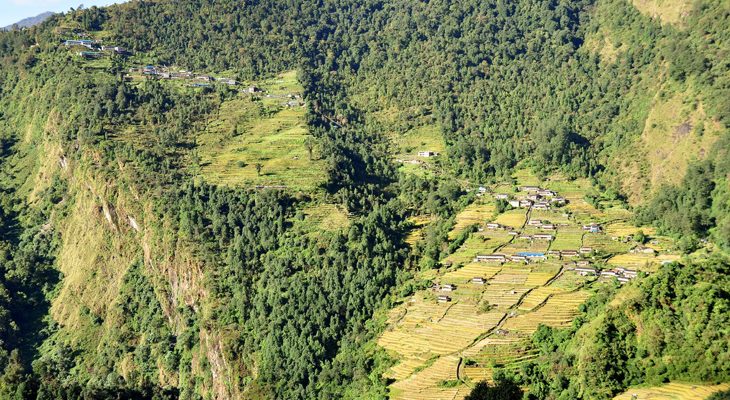 Nepalese village en route to Annapurna Base Camp
Previous Next

Short Annapurna base camp trek is complete physical test trekking in the mountain with walking 6-8 hours a day which covers averagely 15 km distance. The trail contains steeply ascent on stone-stair and descent on grit also long and high staircase. The trekkers require some basic pre-training as running, hiking, cycling, and trekking in the nearest nature reserve. We also organize standard Annapurna base camp trek via Poon hill which is more relax and comfortable than rapid Annapurna base camp trek. Annapurna Base Camp laying few miles north of Pokhara in the remote mountain area of Nepal. The entire trekking route is spread from subtropical to alpine train into the Annapurna conservation area including jungle, forest, and villages. As trekking route strolling under 4000 m, we do not suggest a hike during the monsoon from June to August. Throughout the monsoon high chance of heavy rainfall and also find the bloodsucker (Leeches) on the grasses as well as might need to walk on the watery some part of the trail. Then if you planning a hike to Annapurna sanctuary during January and February, check the route first between Himalaya and ABC section trail often block due to the heavy snowfall. So mean March to May and September to December are the best time of the year for Annapurna base camp trek. During this period mild temperature and sunshine during the day also offer glorious sunrise and sunset on the snow-capped mountains.

Short Annapurna Base Camp Trek Route has plenty of local tea houses as specified on the Annapurna base camp trek map. We will accommodate you at twin sharing a normal bedroom with a sharing toilet. The cozy room is big enough for 2 people with 2 separate bedrooms and also enough space to keep belongs. Musical Adventure trekking guide gives menu carts and chooses any listed foods en route of Short Annapurna Base Camp Trek Package. The large foods items are listed in a cart like Chinese, Indian, Nepalese, Mexican and authentic local foods. Whatever food you eat along the trek, it makes your tummy happy and also will have a good appetite because of fresh and organic gardening vegetables. Short Annapurna base camp trek route, Musical adventure trek conduct this trek from Kathmandu and Pokhara at your convenience. From Pokhara, the trek commences and drive to Ghandruk village via Nayapul. Also short cultural tour into the Ghandruk village then trailhead with a gradual ascent to Kimrong Khola, Chhomrong, Dovan, Himalaya, Macchapuchre Base Camp, and reach Annapurna Base Camp. After spending memorial time at Annapurna base camp retrace to Chhomrong then take a short-cut route to Motkyu and then drive back to Pokhara.

A 20-minute mountain flight brings us to Pokhara, the city of lakes also offering panoramic mountains view. From Pokhara, a drive moved along the Pokhara-Baglung Highway till Nayapul village, where maximum Annapurna trekking starts and ends. The further drive commences on the rough bumpy and dusty road with passing rice terraced and Nepalese villages to Ghandruk. Ghandruk village, the large traditional village with slate roof and en route to Annapurna Circuit Trek, Annapurna Base Camp Trek, Poon Hill viewpoint and also Khopra ridge. Then we trek through terraces, streams and green landscapes to Kimrong Khola. The lodge is situated on the bank of the stream.

After breakfast steeply ascending farther on the forest to Chomrong pass then follow the easy path to Chomrong village via Taglung village. A route provides an eye-catching view of the Machhapuchhre and Annapurna south with a lush green valley. From Chomrong village steep drop down through the village to Chomrong Khola after crossing suspension bridge then solid climb over to Upper Sinuwa village. Now we trek towards Dovan village through the colorful rhododendron forest and bamboo shrubs, above the thrilling glacier river. A trail is filled-up with waterfall, colorful birds and flora-fauna in the lush and green gorge.

En route to Annapurna base camp climbing into the forest to Himalaya and the trail filled up with Himalayan plant and herbs to Machhapuchhre base camp. We admire the incredible view of the waterfall and thrilling milky river on the gorge also stop at Hinku Cave, where the travelers used spend overnight before the lodge open in the route. The trail continues further up and passing Deurali and getting closer to Sanctuary. After Bagar a lot of bamboo surrounding the path to Machhapuchhre base camp also gets the finest view of mount Gangapurna.

You'll wake up early in the morning then trek to Annapurna base camp to see the sunrise on the Himalayas. It is around 2-3 hours hike to Annapurna base camp, the trail is mostly gentle climbing on the grassy moraine or snow it depends on the month you traveling. Annapurna base camp is a remarkable viewpoint in Annapurna trek, the 360-degree snow-clad mountain can view from here including the 10th highest mountain of the world Annapurna I (8,091 m). Also can see burning sunrise on Annapurna South, Tent Peak, Single Chuli, Machhapuchhare, Annapurna III, Gangapurna, and Gandharva Chuli. Then trek downhill to MBC and collect the luggage after that trek straightforward on the gorge to Dovan village.

After breakfast walking down into the forest of mixed vegetation and bamboo shrubs to Bamboo then short stone stair ascent to Khuldi Ghar then straight to Sinuwa village. High chance to encounter gray langur monkey and different species birds in the forest. We descent to Chomrong Khola then ascent to Chhomrong village again descending on the bank of the Komrong Khola via Jinu Danda. After that short climb to Motkyu where we catch the bus to Pokhara, it is about 3-4 hours' drive back to Pokhara. The road contains dusty bumpy and the well-paved.